The Fury of Apple

In 1994, with CEO Michael Spindler at the helm, Apple finally gave up its lifelong tradition of  hoarding the Mac OS and denying third parties the license to clone the Macintosh.   Soon after, Power Computing—with its pugnacious Sluggo-like mascot issuing the slogan "Let's Kick Intel's Ass!" and "We're Fighting Back for Mac!"—introduced their PowerBase, PowerCenter, PowerTower.  Other clones like the Motorola Starmax, Umax SuperMac, and Radius System entered the ring, offering lower cost Mac-compatible alternatives to the world.  These clones helped expand the Macintosh market, but not enough.  In 1997, with iCEO Steve Jobs in command, Apple issued a real Technical Knockout when it bought out Power Computing's remaining Mac OS licenses and engineering staff, sending the ailing clone factory down for the count.  Steve Jobs could be heard boasting, "I am the greatest!" 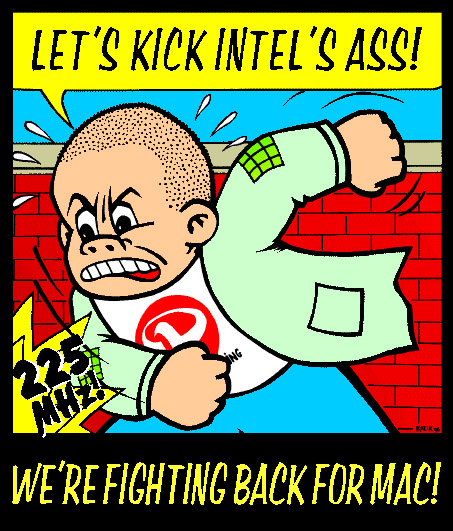 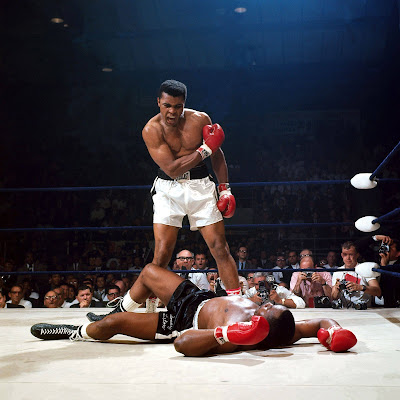 Posted by William Levin at 2:40 PM

Zap the PRAM and Other Placebos is a comic strip I produced from 2000 through 2003, poking fun at Apple, Steve Jobs, and Macintosh culture.